Changing the shape of the nails through history

Passion manicure was first mentioned in historical records Dating back to 5000 BC, when Indian women began to decorate the tips of their fingers with henna. Later, in 4000 BCE, is known to lovers of well-manicured nails have become men of Babylon – they painted my nails black or green antimony. And the Chinese have started to do nails colored stains with egg whites, vegetable dyes and beeswax in 3000 BC

As for the shape of the nails, then she changed during each era. But the most attention to her women began to show in the late XIX – early XX centuries. And that's what it was just 100 years ago:

During this period, at the peak of popularity was short, rounded nails. They have become a widespread trend not only because they are easy to keep clean. Also it was affected by the fact that their presence testified to the idle lifestyle of his mistress and, consequently, its wealth.

In 1932, the cosmetics market absolutely new product – sustainable nail Polish brand Revlon. Bold Reds and subtle shades of carnations allowed to come up with many new patterns and ways to design nails.

Stars such as actress Joan Crawford, began to have sharp nails, painted red only in the center. This manicure loved many women and was soon named "the Crescent moon manicure".

During the Second world war "Crescent" and sharp nails were driven amygdala rounded nail shape, which was more practical. As for the main shades of lacquer, the most popular in this period were the same red nail Polish. You can see it was like nails on ordinary women, and in the hands of Lucille ball, Elizabeth Taylor and other celebrities.

Most popular in this decade steel long oval shape, covered with a faint layer of pastel pink and bright peach nail Polish. One of the most famous women who followed this trend, was a fashion model Twiggy and actress Barbara Streisand.

While many hippies went with short nails rough shape, fans of disco and glamour were all to pay more attention to the oval shape of the long and brightly painted nails.

However, with the invention in 1978, the French manicure along with her in Vogue square nails. And after the OPI company began to produce plastic false nails, the most popular was the manicure with square-oval nails.

As in the previous decade, in this time, fashion remained square and oval-square shapes. Now, however, women ceased to give a value of excessive length, choosing instead a shorter and more natural in appearance nails.

Soft, rounded square nails was considered the personification of style and femininity, not without the influence of Princess Diana, preferring a manicure.

At the same time, many celebrities, such as singer Britney Spears, prefer clear angles.

WHY IS GEL POLISH NOT STAY ON NAILS: EXPERT OPINION

§ Not deleted, partially deleted or poorly pushed back cuticles and pterygium. Purification from them of the 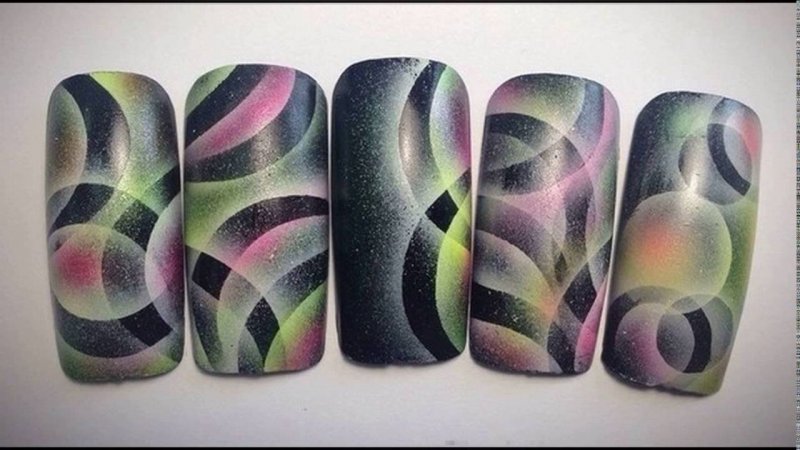